Four contestants taking part in an online reality show discover that your fifteen minutes of fame can last a whole lot longer than that. 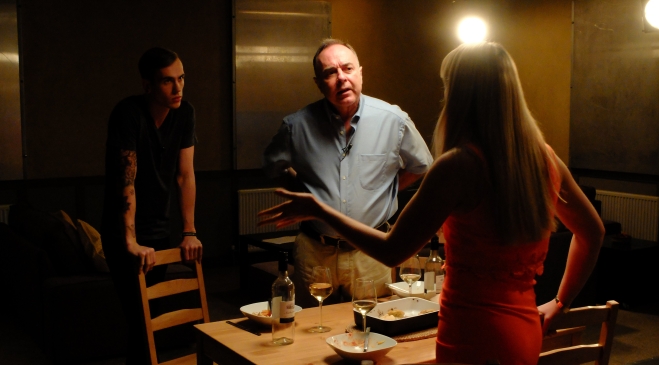 In the final hours of Christmas Eve, a father hurries home to his wife and children, unaware that he is not the only one out on the road this night.

Stranded in a hut somewhere on the Upper Baltic, a sinister cast confront existence in this Modernist powerhouse from 1914.

A film about sex, marriage and a cat. Winner of the IMDb Script to Screen Award and Best Short at the Royal Television Society Awards for the South West of England 2013.

A disaffected recluse struggles to write his first novel, while around him the residents of a vast tower block battle a growing darkness.